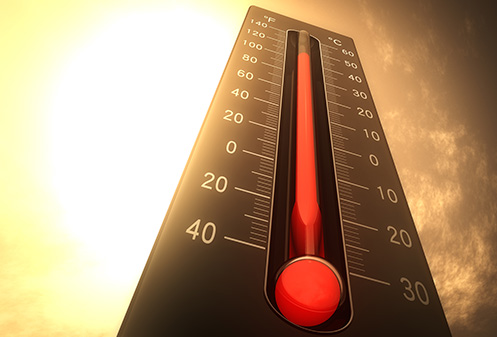 When we debate climate solutions like carbon pricing, lets keep in mind the risks we face and costs we are paying from the floods, heat waves, ticks, coastal erosion affecting New Brunswickers. The strength of these type of events is increasing because of the warming planet.  Extreme events affect our physical and mental health. Think of the stress and anxiety we experience from being off work, losing treasured belongings or fearing the rain or wind after intense ice storms or a flood.  Climate change is a health issue.

The point of carbon pricing and other regulations like phasing out burning coal for electricity and oil for transportation, is to cut the pollution unbalancing the climate system. The world’s leading climate scientists (Intergovernmental Panel on Climate Change) recently reminded us that we have less than 12 years to drastically cut carbon pollution if we are to keep global surface temperatures increases to a level that avoid catastrophic harm to people, flora and fauna[1].

With the goal of keeping New Brunswickers safe and healthy, let’s take a deep breath and stay calm while we talk about the federal plan to price carbon pollution and redistribute the revenue to New Brunswickers. Some of the information circulating about the federal carbon pricing plan, including for the electricity sector, does not accurately reflect the details as announced[2]. The federal documents released with the announcement make clear that the direct AND indirect costs of carbon pricing are part of the cost calculation. Electricity will not be affected strongly by carbon pricing because the federal Government is proposing to tax less than 10 per cent of emissions for coal plants like Belledune. The industry standards are not as strong as they need to be (10 to 20 per cent of emissions for most sectors will be charged the carbon levy), but with electricity the focus is on phasing coal by 2030, rather than driving short-term rate increases.

According to federal projections, New Brunswickers will receive more from the rebate than they will pay in carbon pricing ranging from a net gain on average of $46 in 2019 rising to $113 in 2022 (e.g., the average household could pay $202 in 2019, its rebate could be $248). Each province receives the exact amount raised in that province from the carbon charge and it is redistributed on a per capita basis. This makes the distribution progressive because lower-income people who tend to use less energy will receive rebates greater than the likely cost to them.  Higher income households that consume more will receive the same rebate. Fishers and farmers are exempt and people living in rural areas get a 10 per cent top up.

Carbon pricing and rebate differences among provinces represent the different fuel mix and how sectors like electricity are treated under the industry regulation. More carbon pricing revenue will be raised in a province like Saskatchewan, compared to New Brunswick, because of these differences. Comparing total rebate amounts that provinces receive is comparing apples and oranges. What matters is whether the entire amount raised in a province from carbon pricing is returned to that province. This is the case for all provinces.

Debate about solutions to climate change is a good thing. But as we debate our options and the pathways to a carbon pollution-free world and province, let’s work to gather and share accurate information, identify challenges and opportunities, and work toward fair solutions that keep New Brunswickers safe and thriving personally and socially over the long term.